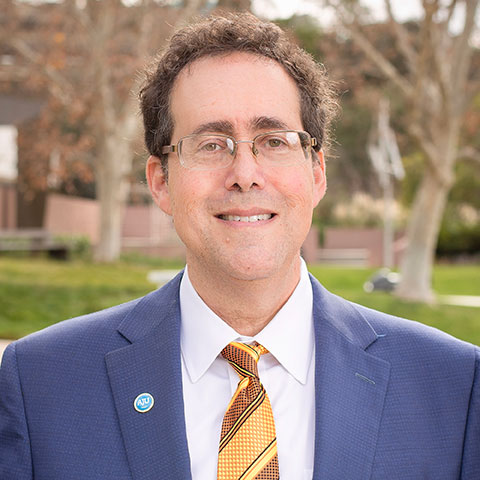 Rabbi Dr. Bradley Shavit Artson holds the Abner and Roslyn Goldstine Dean’s Chair of the Ziegler School of Rabbinic Studies and is Vice President of American Jewish University in Los Angeles. Rabbi Artson has long been a passionate advocate for social justice, human dignity, diversity, and inclusion. He wrote a book on Jewish teachings on war, peace, and nuclear annihilation in the late 1980s, became a leading voice advocating for LGBT marriage and ordination in the 90s, and has published and spoken widely on environmental ethics, special needs inclusion, racial and economic justice, cultural and religious dialogue and cooperation, and working for a just and secure peace for Israel and the Middle East.

A member of the Philosophy Department of AJU, he is particularly interested in theology, ethics, and the integration of science and religion. He supervises the Miller Introduction to Judaism Program and mentors Camp Ramah in California in Ojai and Ramah of Northern California in the Bay Area. He is also dean of the Zacharias Frankel College in Potsdam, Germany, ordaining Conservative rabbis for Europe.

A frequent contributor for the Huffington Post and for the Times of Israel, and a public figure Facebook page with over 60,000 likes, he is the author of 12 books and over 250 articles, most recently Renewing the Process of Creation: A Jewish Integration of Science and Spirit. Married to Elana Artson, they are the proud parents of twins, Jacob and Shira.