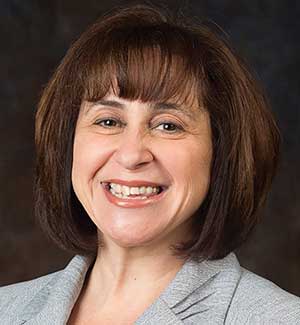 Since 2001, Rabbi Cheryl Peretz has served as one of the deans of the Ziegler School of Rabbinic Studies, teaching, counseling, advising and programming.  She is also a regular contributor to Today’s Torah, the School’s virtual Torah learning program.  In addition to her work at AJU, Rabbi Peretz has served as a pulpit rabbi in Los Angeles area synagogues such as Sinai Temple, Adat Shalom in West Los Angeles, and Burbank Temple Emanuel El.  She has been a High Holiday guest rabbi in Orlando, Florida and Redlands, California. Rabbi Peretz is a 1988 graduate of the double degree program between Barnard College and the Jewish Theological Seminary of America where she earned degrees in Mathematics and Jewish Philosophy.  While working on her MBA in Marketing, Rabbi Peretz also worked for United Synagogue of Conservative Judaism before embarking on a full-time career in marketing consulting for Fortune 500 companies.  During this time, she also volunteered as a teacher in a Hebrew high school, as a board member and committee member in her synagogue, and for the Federation’s Young Leadership Program. Rabbi Peretz has taught in a variety of synagogues, Havurah groups, schools and other frameworks. She also serves as scholar-in-residence for synagogues and organizations throughout North America.  She has published articles in several books and publications. 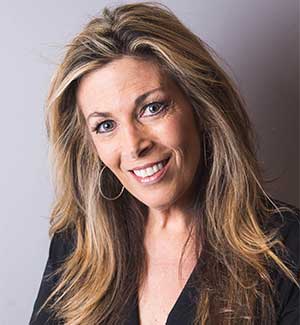 Hazzan Alisa Pomerantz-Boro grew up on Mercer Island, Washington, in a rabbinic home, instilled with a love of Judaism and music.  From an early age, she knew she would continue the long family line of rabbis, cantors and educators.  Hazzan Pomerantz-Boro was invested as a Hazzan and earned her degree in Sacred Jewish Music from the Cantors Institute of the Jewish Theological Seminary of America, where she was awarded the Jacobson Memorial Prize in Hazzanut.  She also holds a B.A. in Near Eastern Studies and Music from the University of Washington.

Hazzan Pomerantz-Boro is delighted to be serving as the Cantor of the magnificent Congregation Beth El in Voorhees, NJ since 2004.  While in Cantorial school, she held the position of Assistant Cantor at New York’s prestigious Park Avenue Synagogue. Following her investiture, she was the Hazzan at Tifereth Israel Synagogue in San Diego, CA for 13 years. In May 1991, Hazzan Pomerantz-Boro was among the first 14 women to be inducted into the Cantors Assembly, the professional organization of Conservative Cantors, and is the Immediate International Past President.

Hazzan Pomerantz-Boro was honored to perform in front of a standing room only audience at the Museum of Tolerance in Vilna at the invitation of the U.S. Embassy in Lithuania, and in Germany at the famed Konzerthaus Berlin and at the Goya Theatre in Spain.  She was featured in a nationally televised ABC special, “At Evening I Seek You”, and on the Showtime documentary, “An American Tapestry.” She has appeared with the Los Angeles Jewish Symphony at the Disney Concert Hall, as well as with the San Diego Symphony Orchestra at Symphony Hall in San Diego, premiering her composition “Modim -We Give Thanks” which appears on her solo CD of the same name. After one concert performance, The Washington Post reported, “The evening’s finest moment came in the powerful chanting of the prayer Modim by Cantor Alisa Pomerantz-Boro, whose voice has all the earthiness and intensity of the finest folk singers.” She is thrilled to have released her second CD, “Together As One”, duets of praise and inspiration. Several of her recordings have been selected for the highly regarded “Spirit of…..” CD series of Conservative Jewish Hazzanim.  Alisa was thrilled to be the recipient of the 2011 Hiddur Mitzvah Award presented by Masorti Olami/World Council of Conservative Synagogues to pillars of leadership in the Conservative Movement.

Hazzan Pomerantz-Boro is thankful to Gd for the gifts of music and miracles, to her beloved husband Stephen, and to their beautiful children, Rebecca and Joshua.  She hopes and prays that by lifting our voices together, we will continue to build a better world.

For more information, please visit her website at www.alisapomerantzboro.com. 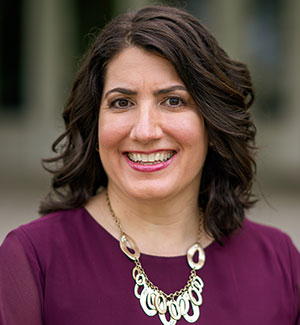 Rachel Kamin has been a synagogue librarian for over 20 years and is currently the Director of the Joseph and Mae Gray Cultural & Learning Center at North Suburban Synagogue Beth El in Highland Park, Illinois. She serves on the Association of Jewish Libraries New Jewish Fiction Award Committee and contributes articles and book reviews to BookLinks, School Library Journal, Jewish Book World, Judaica Librarianship, Library Journal, and AJL Reviews. She has facilitated the Sisterhood Torah Fund Book Club at NSS Beth El since 2009 and also facilitates book groups for the Spertus Institute for Jewish Learning and Leadership in Chicago, Hadassah Chicago-North Shore, McHenry County Jewish Congregation in Crystal Lake, Congregation Etz Chaim in Lombard, and Congregation Or Shalom in Vernon Hills as well as a short story discussion group at Congregation Sukkat Shalom in Wilmette. Rachel holds a BA in history from Grinnell College and a master’s degree in library and information science from the University of Michigan. She lives in Lake Zurich, Illinois with her husband and two children.